Have you ever seen a color so pretty? This smoothie tastes just as got as it looks.

Spirulina is so beneficial to the immune system and overall functioning of the body.

Spirulina is also the easiest absorbed plant based protein.

I used E3Live blue spirulina in this recipe.

Whats the hype on spirulina?

Great source of plant based iron 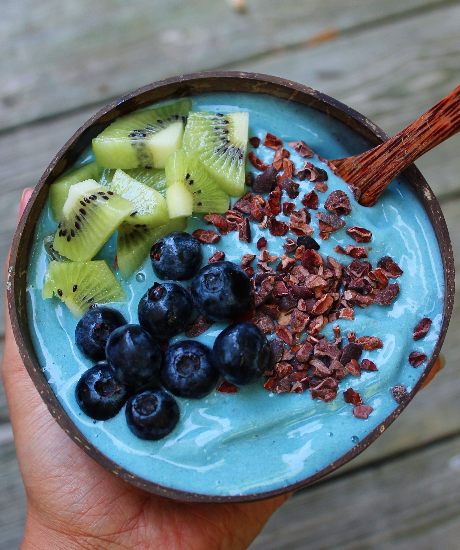 One Handful of frozen riced cauliflower